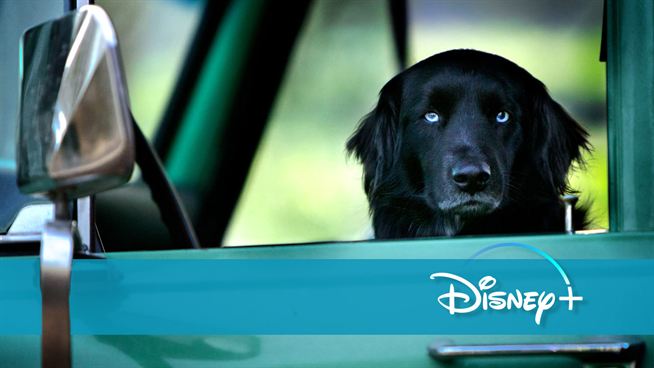 Of all the films released in German theaters in 2019, FILMSTARTS editor Benjamin was one of the most impressed with ‘Our Big Little Farm’. Surprisingly, a sequel to the documentary’s climax begins today on Disney+.

When I found out a few days ago that “Our Big Little Farm” would have a sequel on Disney+ on April 22, I was quite surprised. The first part finally hit theaters at the time, and while I was blown away by it, I didn’t expect to see a sequel at some point – especially since Disney+ didn’t release the tape. -announced two weeks ago and didn’t put much effort into promoting the sequel beforehand. Our Big Little Farm: The Return is out today on Disney+. Unlike its predecessor, the sequel is only 30 minutes long.

›› “Our Super Little Farm: The Return” on Disney+*

The throwback picks up where its predecessor left off, and we learn how Molly and John Chester’s Apricot Lane farm has evolved since the last film. Here you can watch the trailer, which once again offers some fantastic animal photos:

But I take advantage of the start of streaming to recommend the predecessor, which for me is one of the essential documentaries of recent years. Unfortunately, “Our Big Little Farm” is not available on Disney+, but you can rent it for little money on Amazon Prime Video:

One of the best documentaries of recent years

Big Little Farm is about Molly and John Chester, a married couple who are tired of big city Los Angeles and move to the countryside to start their own farm. When I first saw the movie, I had completely wrong expectations. I thought the documentary should authentically show what it’s like when you, as an average citizen with no previous experience, suddenly want to build your own farm. But nothing there: John and Molly begin their adventure with completely utopian hypotheses.

Not only were they able to find an investor who will take care of all the financing for them, but they were also able to advise the world’s leading experts in traditional agriculture. Would they have helped them if John hadn’t made a film about the project? But that’s not the point. After 20 minutes of running time, the farm is in place and the real story of Our Big Little Farm begins to unfold.

Most of the documentary deals with the eternal cycle of life and death, nature and the quest for harmony in a system based on the survival of the fittest. “Our Big Little Farm” removes the naïve view of nature, which is often portrayed as the innocent and peaceful counterpoint to morally depraved and polluting people. Because it’s not that simple.

Using many refined little emotional stories with excellent camera work, in which we build a relationship with the farm animals, the farm becomes a living microcosm that symbolizes the essence of nature as a whole.

As much as the couple tries to build a peaceful utopia, they repeatedly fail in the face of harsh reality. You can’t negotiate with a hungry coyote, and when a snail plague wipes out the entire crop, it’s not something to be taken lightly. John and Molly must find creative solutions and understand the complex balance of nature to make their project a success.

There aren’t many movies that made me feel like I had matured as a person by the time I saw them, but Our Big Little Farm is one of them. The documentary shakes up, shows nature as a fascinating game where cruelty and beauty, life and death can only exist together. It may sound depressing, but personally, to this day, this understanding helps me to appreciate the little things in daily life more and to accept that suffering is an essential part of all life that can never be completely eradicated.

It may not be a groundbreaking new discovery, but no other film has illustrated it as beautifully as “Our Big Little Farm.”

One of the best adventure movies of all time is on Disney+ – a two-hour viewing binge!

*These links are so-called affiliate links. If you make a purchase through these links or subscribe, we will receive a commission. This has no effect on the price.