Crime fans know him as the bizarre “crime scene” inspector Moritz Eisner. For the new film “Tactics”, which will be released in Austrian cinemas on Friday May 6, Harald Krassnitzer has changed sides and plays the brutal hostage taker Aloysius Steindl.

Based on a true story

They demand an immediate release, a large sum of money and the provision of a helicopter “to be able to leave the establishment”. The men are “determined to do anything” and attach pipe bombs to the women’s backs which could explode at any moment. The policeman who happens to be on duty (Simon Hatzl) tries to persuade the boss to give up.

The film is based on a true story that happened in a prison in Graz in 1996. The sometimes absurd and senseless dialogues between the policeman and the hostage takers draw on the memoirs of the original negotiator.

Above all, Harald Krassnitzer was fascinated by the inconsistency of his character. “As an actor, I try not to pigeonhole characters from the start, even though I know they’re very uncomfortable people,” the 61-year-old explains. “Today”-Interview.

But how did the “Tatort” star prepare for this brutal role? “I had to first understand what drives this character. And of course, it’s a very human desire to be free, to finally come out of these walls. And the second question was: ‘How is he trying to represent oneself ?’ And of course he tries to slip into a role and pretend something. That totally fascinated me in the scenario of Hans Bücking and Marion Mitterhammer, the fractures that this person has”, emphasizes Krassnitzer.

The film shocks with violent scenes. The women live a ten-hour nightmare as the naive policeman wrestles on the phone with the eloquent, highly educated, and severely narcissistic leader of the hostage-taking gang.

“Between the two, there is something very dangerous”

“Steindl thinks he’s a gentleman and acts like he’s worldly. I found this contradiction fascinating, there are different fault lines that are either very funny or absurd. And the next moment you you suddenly feel sorry for him and it’s somewhere in between something that’s very dangerous,” Krassnitzer describes in his role.

The film was shot in January 2020 at Kirchner Kaserne in Graz. Marion Mitterhammer not only plays one of the main female roles, but also directed and acted as a producer with her husband Hans-Günther Bücking. “If the film shocks, it’s because we did it well”, explains the 56-year-old Styrian “Today”-Speak.

The team spent a total of 17 days filming in Graz. “The barracks room with the taped windows was of course cramped for all of us and increased a certain feeling. to free myself from this medical condition and to be able to properly take care of my wife. Especially after this movie, a few longer walks and two or three glasses of wine were necessary, “says Krassnitzer.

“It seems worth working for in our company”

Toxic masculinity is one of the central themes of the prison thriller. According to the “Tatort” star, this has increased massively in Austria during the Corona period: “It always seems worth working for in Austrian society. You have to look more closely at the roots of these symptoms. This does not is that now that the executive has started to be more sensitive deal with this subject and take more seriously the women who describe such scenarios.The second stage is that justice has a completely different image of it.In addition, the areas of protection must be expanded and society must be aware of it.”

The collaboration on set with the ensemble around Marion Mitterhammer was very harmonious. “Marion and I are very old friends and colleagues. We have known each other for decades and have always crossed paths professionally. incredible energy. I’ve admired that for a long time. And when she asked me for the role four years ago, I felt very honored. 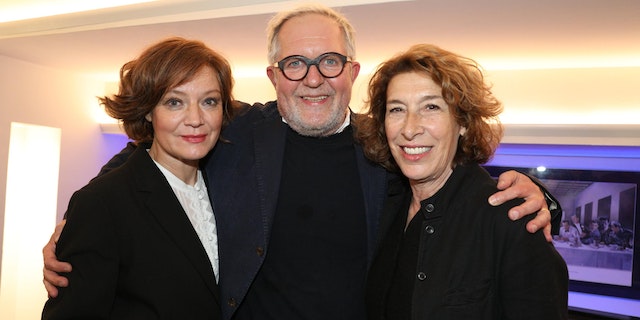