What a game it was! In a real attacking and goalscoring spectacle, Manchester City and Real Madrid opened the semi-finals of the Champions League on Tuesday evening.

From the start, the mail leaves

After just under two minutes, Guardiola showed his fists in a jubilant pose. After an accurate cross from Riyad Mahrez, De Bruyne, sprinting into the penalty area, headed the ball into the Real Madrid goal, making it impossible for fellow Belgian, Thibaut Courtois. Just nine minutes later Jesus, who scored four goals last in the 5-1 win over Watford FC in the Premier League, used Spain’s defensive frailties to make it 2-0. The Brazilian won in a duel against David Alaba, whose participation had long been questioned due to muscular problems.

On the other hand, Real’s attacking artists around director Luka Modric and striker Benzema didn’t have a chance at the start. Manchester shrewdly blocked spaces and effectively halted the build-up play of the Spanish Primera Division leaders. Coach Carlo Ancelotti’s side only entered the game after about half an hour in a rush. 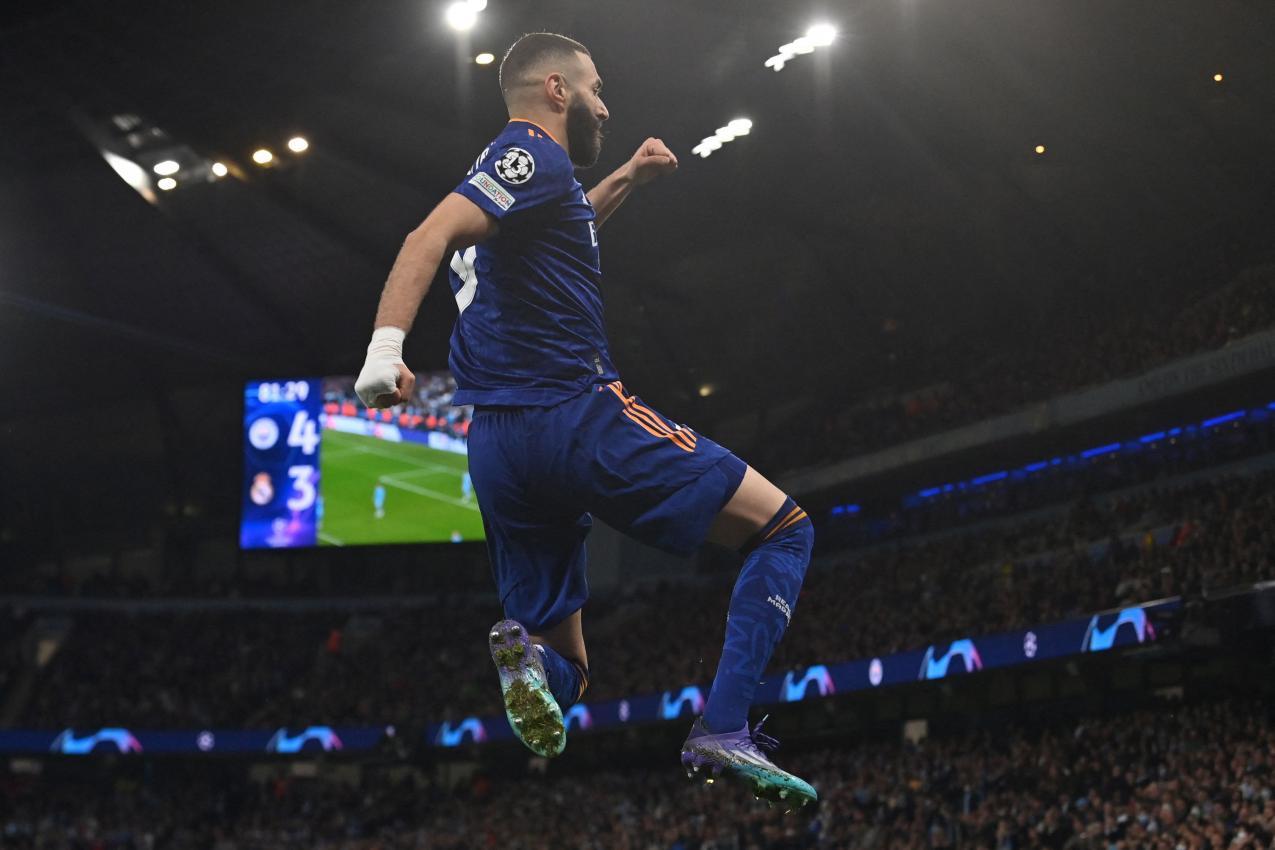 But because Real continued to react carelessly in defence, hosts Manchester had good chances through Mahrez and Phil Foden. And then suddenly Benzema was there on the other side in his 600th game for Real. The Frenchman, who had been the decisive man in earlier rounds against Paris Saint-Germain and defending champions FC Chelsea with three and four goals respectively, converted a Ferland Mendy cross into the goal despite the struggles.

After the break, Alaba remained in the locker room. Real’s defense, which had yet to be revamped, was fooled by Mahrez in the 48th minute, who then hit the post. Foden’s follow-up shot was blocked by Dani Carvajal across the line. In the 53rd, the English international did better, with a header in a cross from Fernandinho. Los Blancos responded quickly: Vinicius ran alone down the left side of the halfway line towards the City goal and completed it with an accurate low shot.

Bernardo Silva restored the two-goal lead with a powerful shot from under the bar, before Benzema again reduced the penalty for Real with a converted handball to keep Madrid’s chances in the final.