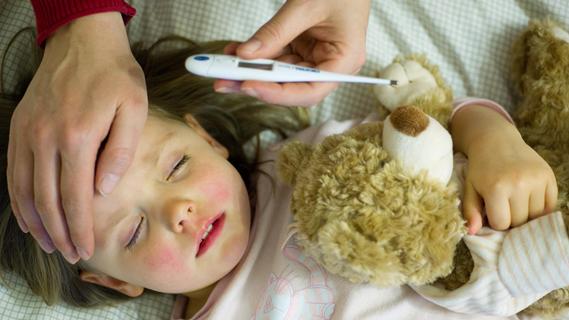 – “Air hostess disease” or “pink mouth” – there are many names for perioral dermatitis. What are the causes, symptoms and possible treatments?

Perioral dermatitis is also known as “stewardess disease”. Learn all about the skin condition, its symptoms, causes and treatment options.

Definition: what is flight attendant illness?

Most people have probably heard this term before, but can’t say anything more specific. So what is the so-called air hostess disease? Chronic inflammatory skin disease in the facial area is before everything neither dangerous nor contagious. Nevertheless, this often places a heavy burden on those affected.

In flight attendant disease, medically: perioral dermatitis, the skin around the mouth is reddened and dry. Affected people cover areas with makeup or use skin care products. Rose of the mouth is a harmless skin disease and leads characteristic of the formation of blisters called “papules” around the mouth. Air hostess eye disease is much less common. Stewardess sickness usually occurs in the area around the nose and mouth.

Nodules or vesicles can be recognized by the fact that they are numerous, dense, inflamed and reddened. Usually a small border around the lip area is left free. In some cases, small nodules can grow together into larger areas and form what are called “plaques”.

Hostess disease gets its name from the typical group of patients. Those affected are often between 20 and 40 years old. At the same time, a well-groomed appearance is typical for the disease – just like with stewardesses.

Here are the known symptoms of perioral dermatitis:

– Red, itchy rash around the mouth
– Dry and uneven skin
– Pustules in the mouth area
– Papules (red nodules) on the face
– Rarely, other areas of the face such as the eye area or the forehead are also affected
– In severe cases, rash all over the face and sides of the neck
– Partial feeling of tension on the skin

Perioral dermatitis usually evolves chronically, either in episodes or continuously. In children, the rash often forms additionally or exclusively around the nose or eyes.

What is the cause of flight attendant illness?

The precise cause of the flight attendant’s illness has yet to be determined. However, medical experts agree that the skin is unable to produce the necessary oils if it is over cared for. This makes the skin flaky and dry. Those affected usually respond with even more intensive care, so the rash gets worse.

There is often a genetic predisposition and the rose of the mouth only erupts when an external trigger is added. Triggers include Fungal infestation, stress, bacteria, toothpaste containing fluoride, or long-term use of cortisone preparations. Symptoms are more common in young and middle-aged women.

At the same time, the vegetative nervous system of those affected is often easily irritated, causing them to kick Headaches, insomnia and constipation more often. In some women, stewardess disease develops after stop birth control pill.

Since those affected often feel uncomfortable with the rash, they increasingly resort to cosmetics, creams or ointments containing cortisone. The situation initially improves with ointments, after which the rash even intensifies.

Air hostess sickness triggers on the mouth can also washing lotions, creams or make-up be. These are often high in fat, which causes the top layer of skin to swell and become damaged more easily. As a result, the skin loses more water and then feels dry. Especially people with allergic diseases like neurodermatitis or hay feverwho care for their skin frequently and with a lot of oil are increasingly affected by flight attendant sickness.

There are several treatment options for flight attendant illness, which are presented below.

Look for the causes: avoid makeup and creams

To treat oral rhinitis, you must find the causes and then avoid them. This means that the best you can No toiletries, moisturizer or makeup. As well Perfumes or scented detergents should also be banned from life for the time being.

Turn off other influencing factors

Other factors that potentially trigger or aggravate the disease must also be taken into account and avoided on a daily basis:

“Water is the best therapy for flight attendant sickness. From now on, the affected skin areas should only be cleaned with water. Symptoms will initially appear, so that the skin burns, tightens and becomes even redder. Partly inflammation weeps after water treatment. If those affected manage to do without cosmetics and care products for six to twelve weeks, the inflammation of the skin disappears. If in doubt, a doctor should always be consulted. Visible changes after just one wash with water should appear after a few weeks.

It is also recommended to apply black tea compresses to the affected areas. Then the so-called tannins act on human skin. The tea should steep for more than ten minutes, then cool sufficiently. Heat is not recommended as it further promotes inflammation.

Of Abstain from alcohol and nicotine and a healthy and nutritious food are recommended.

Medicines prescribed by a doctor such as erythromycin gel, metronidazole cream, or azelaic acid gel can ease the symptoms of the skin condition. In the case of severe and inflammatory forms of the mouth, the rose is a Requires taking antibiotics. Medications containing cortisone should be avoided as they cause inflammation to worsen after discontinuation.

A visit to the dermatologist can provide more clarity if flight attendant illness is suspected. He can assess symptoms and complaints and determine if there really is oral erysipelas.

The first step towards the diagnosis is a detailed anamnesis, that is to say a collection of medical history during the first consultation. The doctor regularly asks the following questions:

– How long ago did the rash appear on your face?
– In which region of the face is the skin irritated?
– What skincare/makeup products are used?
– Are medical ointments or face creams already used?

The doctor will then examine the rash on your face. In some cases, a biopsy, which is the removal and analysis of tissue samples from the inflamed area, may also be helpful. The microscopic sample is then examined in the laboratory. With perioral dermatitis, spongy tissue can be seen under the microscope.